Imports, exports resilient in first 10 months despite domestic and global headwinds A containership is berthed at Lianyungang port, Jiangsu province, on Saturday. (WANG JIANMIN / FOR CHINA DAILY) Despite […] This undated photo shows a view of Lujiazui, Shanghai’s financial hub. (WANG JIANHUA / XINHUA) Foreign companies consider China an attractive market for investment under the background of the global […] 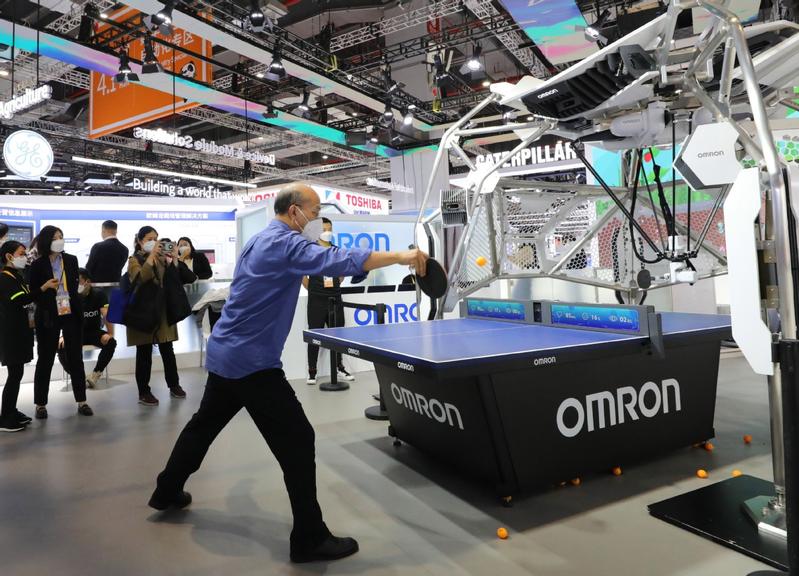 This Nov 3, 2020 photo shows a view of the Lujiazui area of Pudong, east China's Shanghai. (DING TING / XINHUA) China has become the driving force and engine for […] A staff member counts banknotes at a bank in Qionghai of south China's Hainan province. (PHOTO / XINHUA) BEIJING – China on Tuesday raised a key parameter in its macro-prudential […]

China's foreign trade in goods has topped the world for five consecutive years and attracted the second-largest amount of foreign investment. The country's outbound investment remains one of the world's […] This undated photo shows the headquarters of the People's Bank of China in Beijing. (PHOTO / XINHUA) While excluding the possibility of a one-sided performance of the renminbi exchange rate, […] In this undated photo, a clerk counts yuan bank notes and US dollar bills at a branch of the Industrial and Commercial Bank of China in Huaibei, East China's Anhui […]